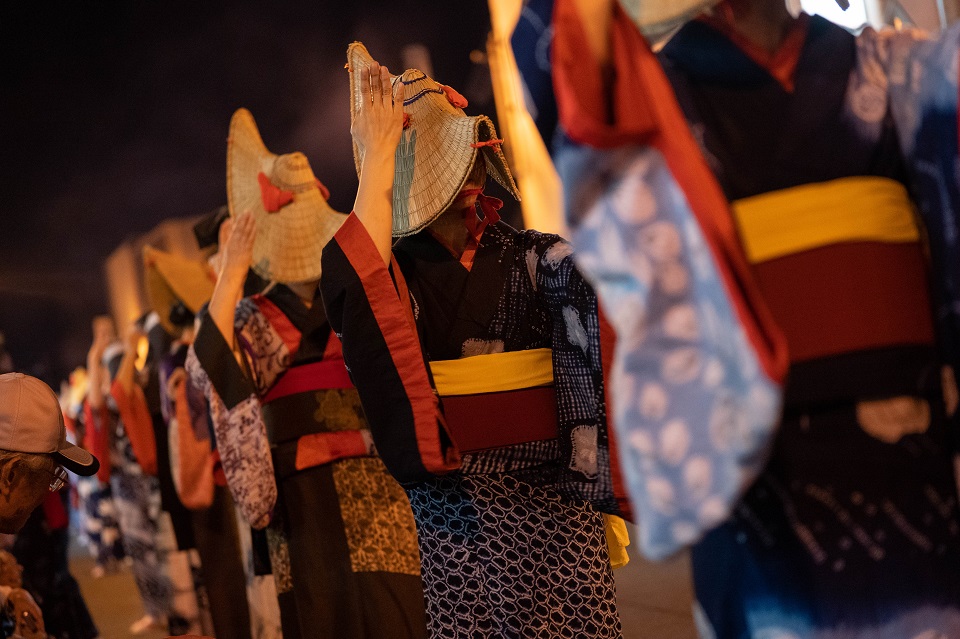 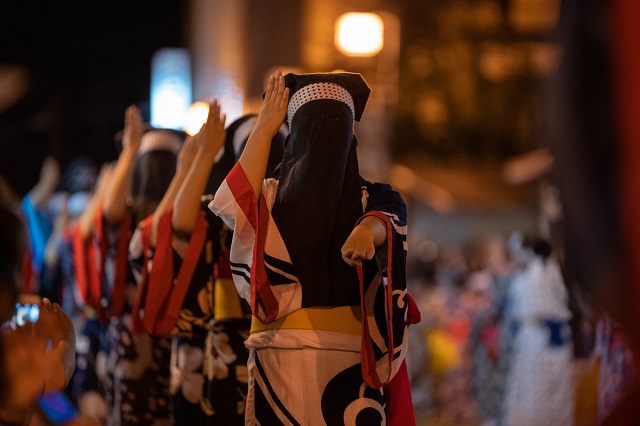 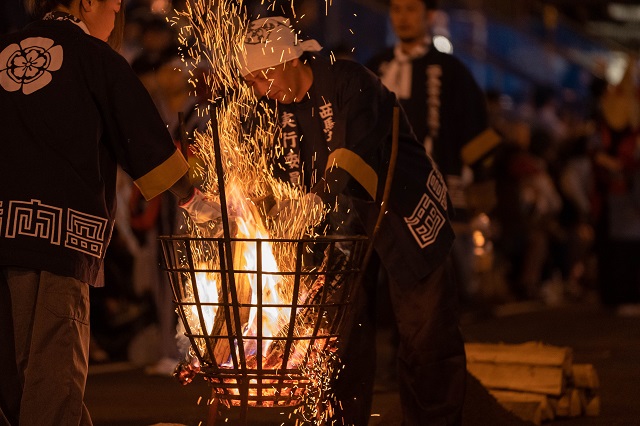 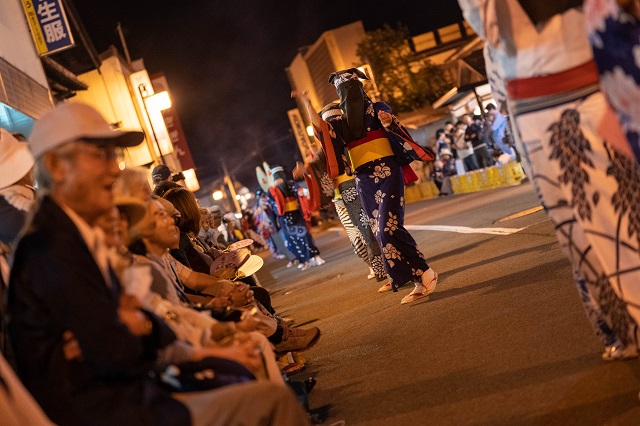 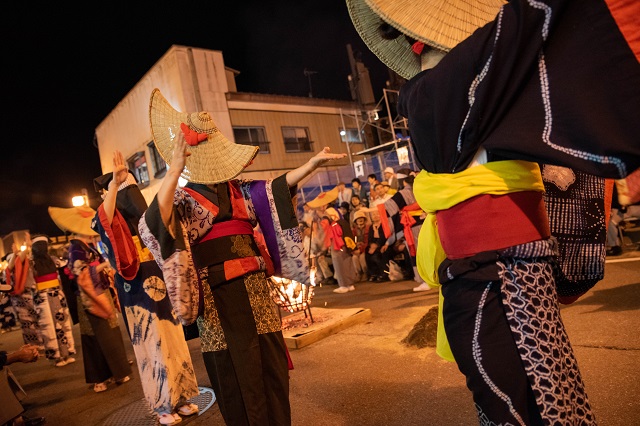 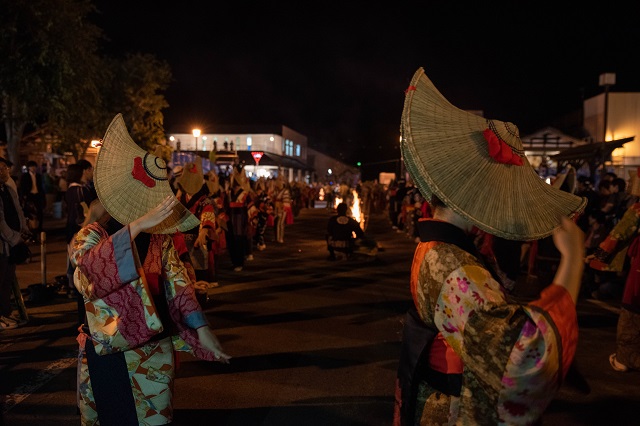 With the sound of hayashi, the musical accompaniment, Honmachi Street in Ugo city, Akita, starts to melt into music under the light of torches. People who wear hats made of rushes make a line and move their hands like waves. It is as if they are going back and forth between this world and the other world. The souls of deceased people dwell in the dancers, and then the dance "Mouja-Odori (dance of the dead)" begins.

"Hanui Ishou (the costume)" under the dark sky looks like a colorful kaleidoscope made of silk. Some individual costumes have been passed down from generation to generation since Edo or Meiji era. The costume is asymmetric while the sleeves are symmetric. The dancers in such costume impress people with the bewitching dance, which they have practiced since childhood.

Some dancers wear costumes dyed in indigo with black hoods called "Hikosa Zukin." They hide their existence as if they were shadows. Whether it is a brave man or a dainty little girl, they all perform the traditional dance that has been passed down for more than 700 years, as a team.

"Nishimonai Bon Odori (dance)" is one of the 3 most famous Bon Odori's in Japan. There are some theories about its origin. In one theory, this dance is said to have started as a wish for a rich harvest in the Kamakura period. This was blended with the dance of the dead for the Onodera family who had ruled Nishimonai in Edo era. Where they had originally performed moved to its current place, Honmachi Street, in Tenmei era (1781-1789). When hearing the sound of the musical accompaniment that has been performed every year, you would feel as if you are lost in the world of a forever melancholy melody that could go beyond time and space.

The steps might look very easy but even for someone that dances latin music, this was actually quite difficult. However not impossible. Although usually in actual presentations it is the women that partake in the dancing wearing amazing unique clothing, the men are also allowed to join in the dancing. With the help of my amazing master in the picture above I was able to get the hang of half of that day’s dance performance.