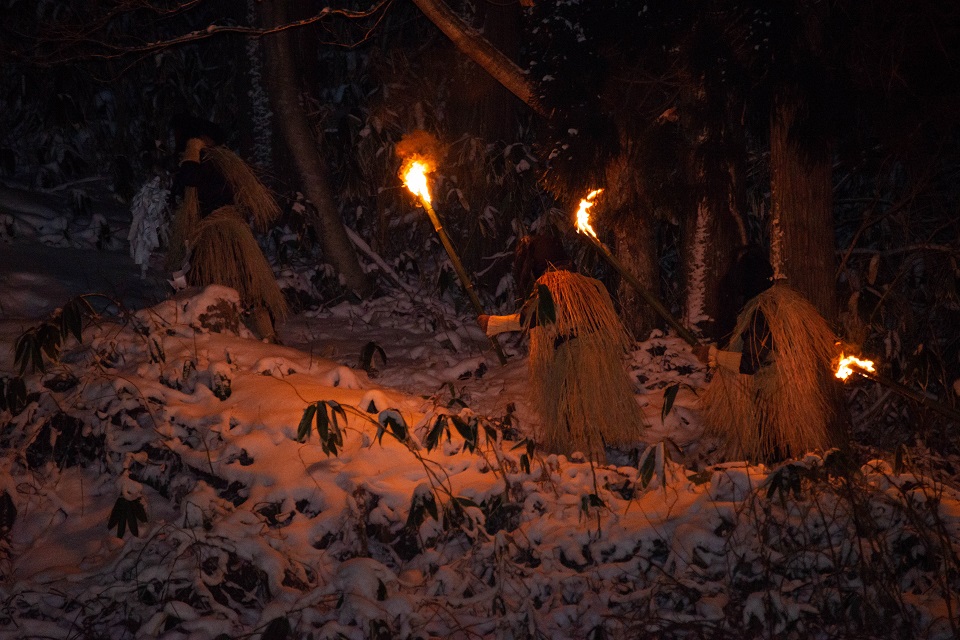 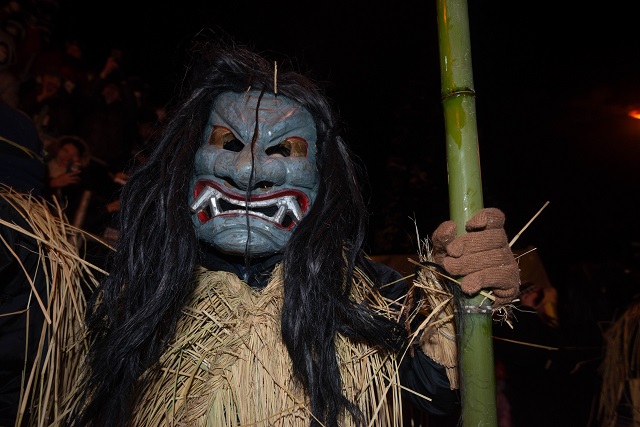 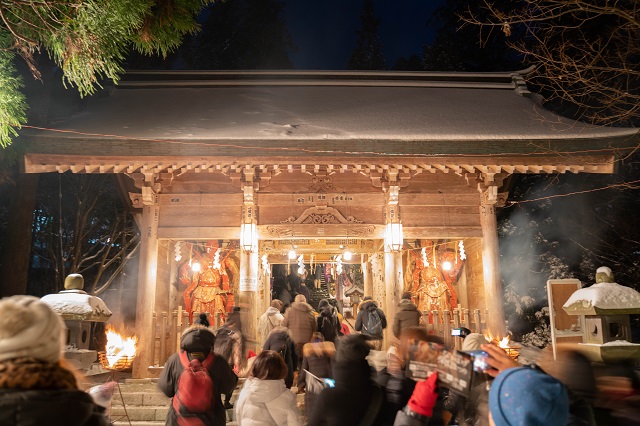 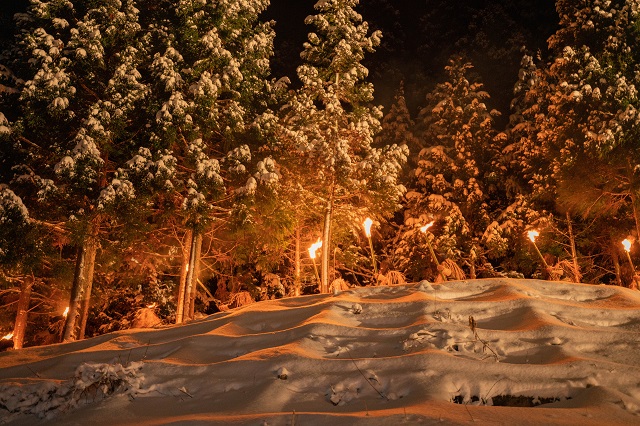 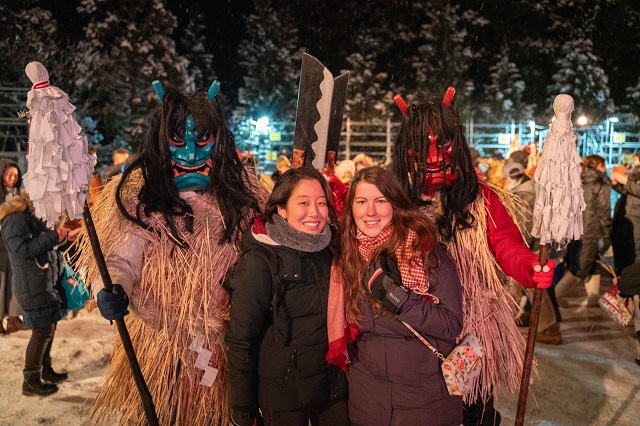 On New Year's Eve, Namahage comes to houses in Oga Peninsula. "Namahage" is a traditional folk event in Oga. Young men wearing masks like a Japanese demon visit houses, swing around Japanese kitchen knives and roar "Are any naughty kids around?" in Akita dialect. Even if children are hiding in an oshiire (Japanese closet), Namahage drags them out and threatens that they will take naughty kids back to the mountains. Then the head of the family treats Namahage very politely and serves them with sake and an array of luxury foods on a tray. Namahage thanks the family for their past year, asking them about the current condition of their fields and the health of the family. Through doing so, Namahage wishes their good luck in the new year, and then goes back to the mountain.

"Namahage Sedo Festival" is held every February at Shinzan shrine in Kitaura, Oga. This festival combines the Namahage event and the traditional Shinto ritual called "Sedo Festival" held at the same shrine on January 3rd. At the beginning of this festival, a Shinto ritual is held. It includes "Yunomai," in which the priests perform Shinto music and dance, and "Chinkamasai," in which the priests purify the visitors by sprinkling hot water on them. "Namahage Consecration" is where the young participants visit the shrine and purify their costume in order to be "fierce Gods" before visiting houses. After that, Namahage on New Year's Eve is reproduced on the stage. The reproduction of conversations between Namahage and the family in strong Akita dialect seems to be so humorous that it makes the local visitors laugh. After the powerful performances of Namahage Dance and Namahage Drums, the Namahages finally come down from the mountain. They heroically march throughout the venue with torches held aloft. At this time, straw which has fallen down from the Namahage's costume is said to bring good luck. At the end of the festival, Namahages unique to each region in the city rush into the venue. The Namahages enjoy interacting with the people through taking pictures with them and suddenly grabbing children off of the ground to scare them.

In the venue, there is a big fire called Sedo which is said to give divine favor and people gather around it whether for the divine favor or just to keep themselves warm, and watch the tradition of Oga. The smell of the fire ingrained in my hair reminds me of the bustle of the people, who cherish the unique tradition of Namahage in this region.

I had just finished learning about Namahage in class at AIU, so I was excited to see them in real life. The initiation ceremony part was very solemn. They were scary at first, marching along the hillside with flaming torches. I felt sorry for the children who were chased and grabbed from their parents by the Namahage. The photos we took with them at the end are a special memory I can look back on in the future and remember my fun time in Akita.