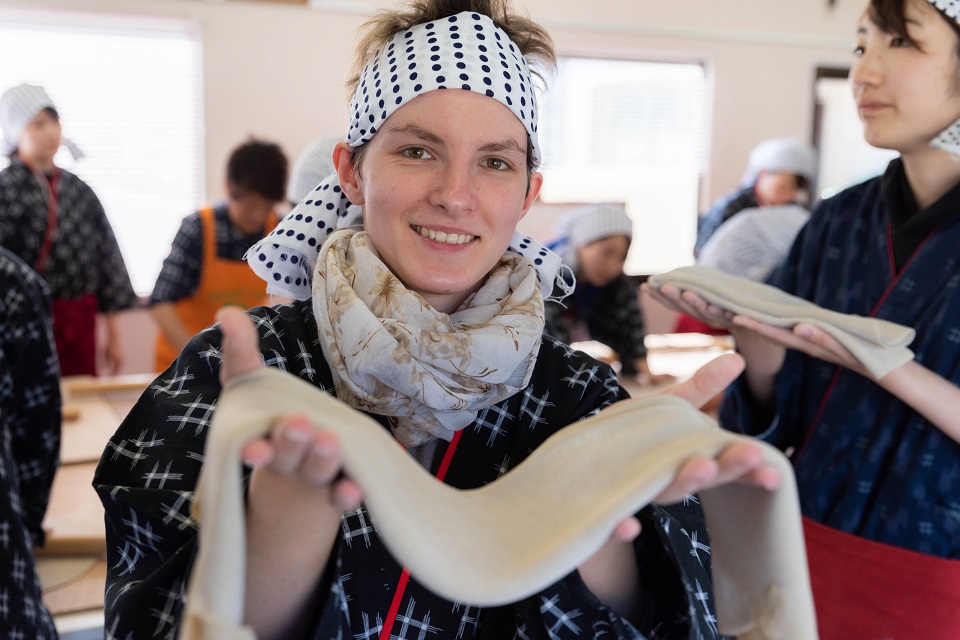 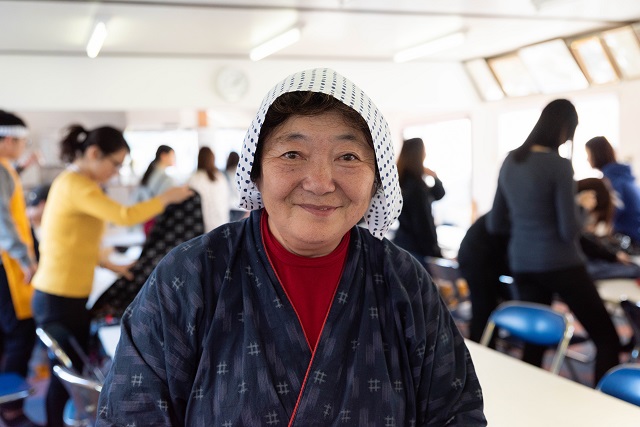 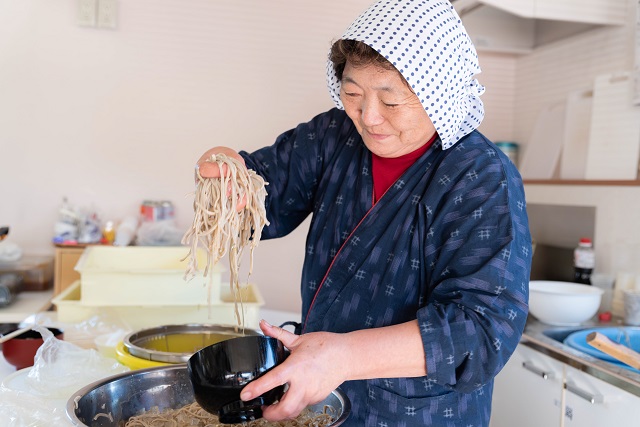 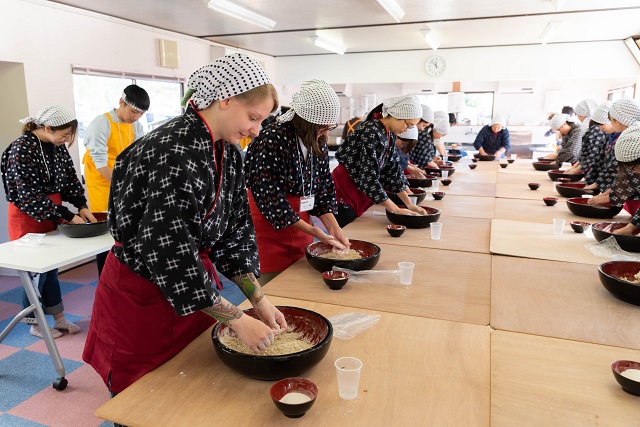 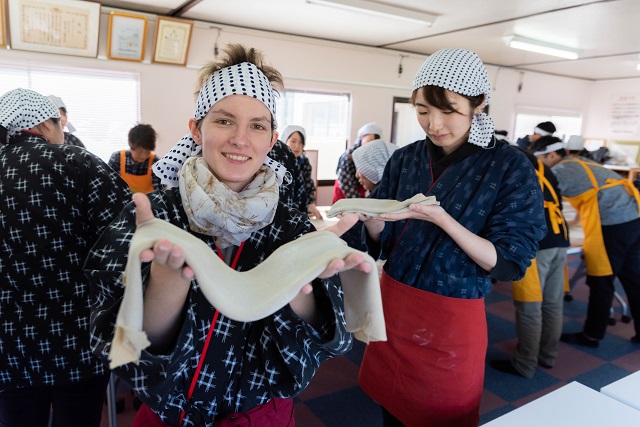 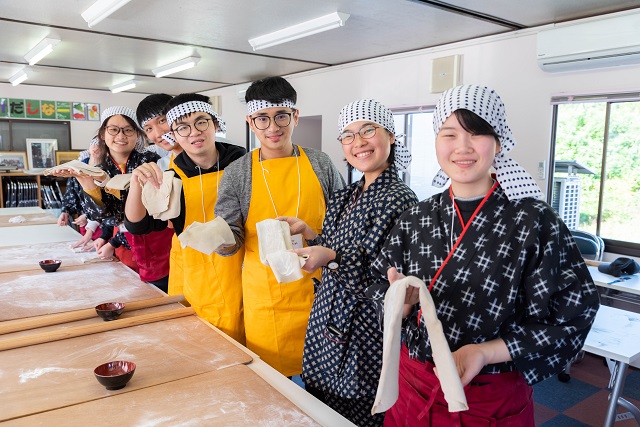 There remains a tradition in Japan to have soba noodles just before the new year comes. There are some theories about the origin of this tradition, but the origin is still uncertain. One hypothesis says that people started eating soba noodles before the new year to wish to "cut off any troubles or accidents" since soba noodles are easier to cut than other noodles. Soba noodles were originally made from a plant called "soba", the ground seeds making soba powder, then into noodles. However, for making soba noodles today, flour is also added since soba itself is not sticky enough.

Mrs. Ishigaki naturally started learning how to make soba noodles when she married a man from Nakayama. She has been making soba noodles for more than 40 years. Mrs. Ishigaki is currently working for a direct sale shop in Odate where she is selling vegetables and also providing local activities.

Mrs. Ishigaki: "The reason why Nakayama became famous for soba was that the soil in this area could not make any other crops. Soba was the only crop they could grow at that time, so that was very natural for local people to make soba noodles both for selling and for their own meals. We still make soba noodles for ourselves and even some people go house to house to sell their noodles at the end of the year. This tradition shows how soba culture is rooted in Nayamaya.”

Last autumn, a soba-making event for college students and international students in Akita was held. More than 20 people made soba noodles in kimono called “Akita Obako” with splashed patterns. Cold soba noodles in Nakayama are eaten in a different way from ordinary soba noodles. The noodle is put in a small amount of soup with crushed ice and that makes the soba noodles have a nice scent.

An American professor who joined the event said that “Soba noodles in Nakayama tasted like ‘the earth’ as if I was tasting the land as it was.” That was because the noodle was made from local ingredients, and it implies that the noodle is blended with the local life and tradition inherited in Nakayama.

You can have the noodles only in Nakayama. We would like many people to come to try the noodles.