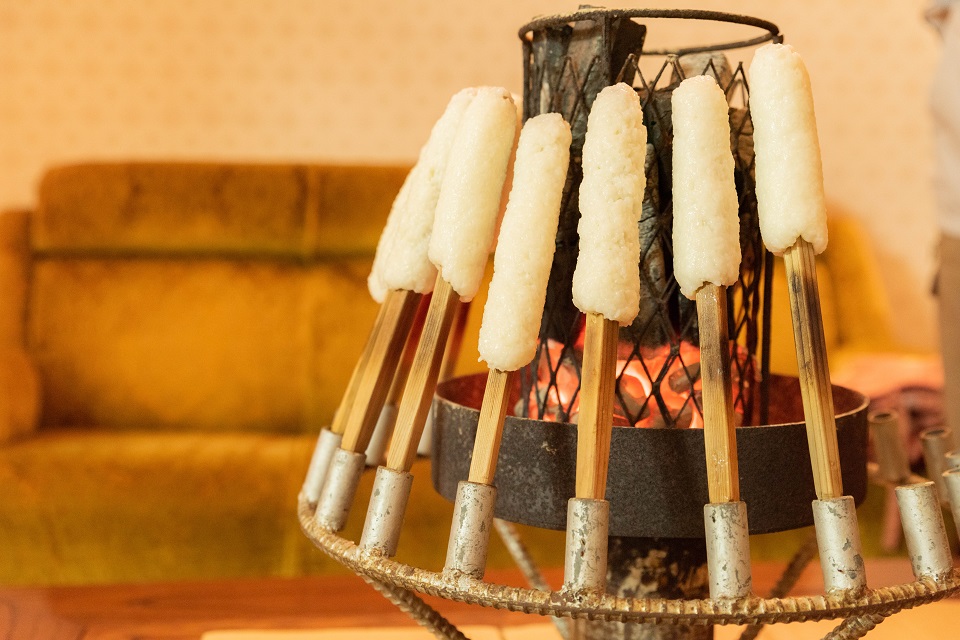 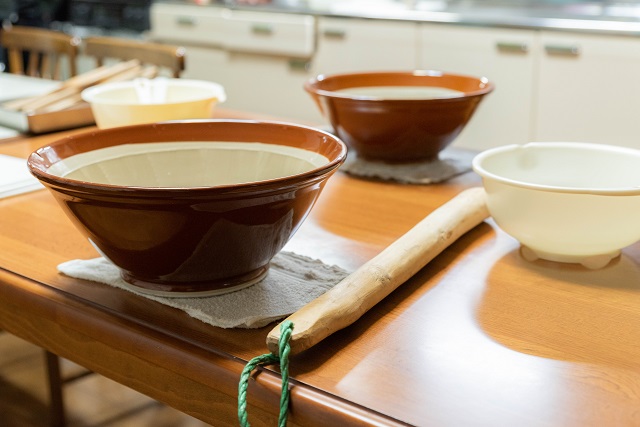 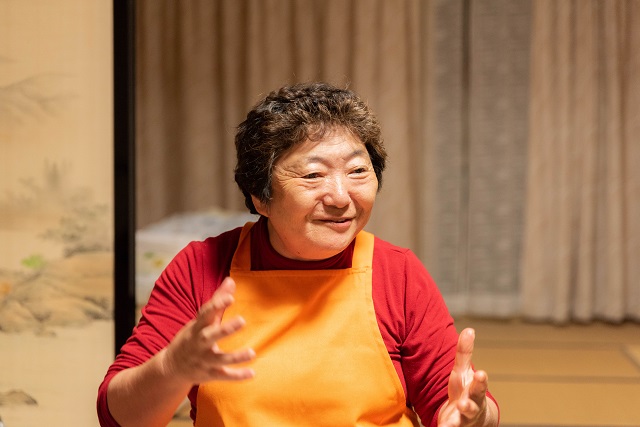 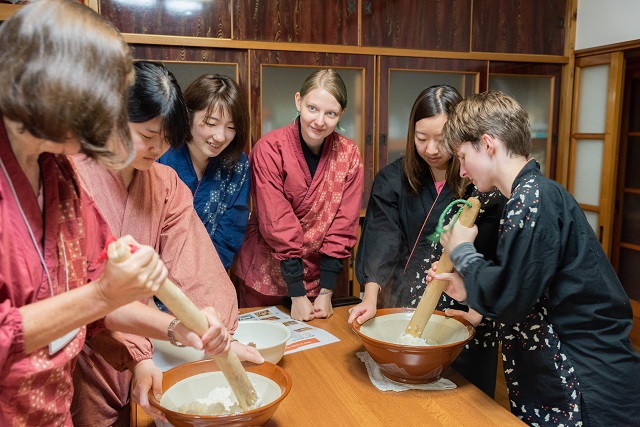 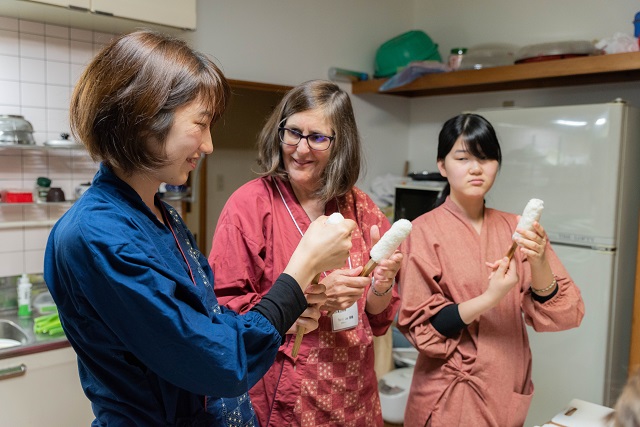 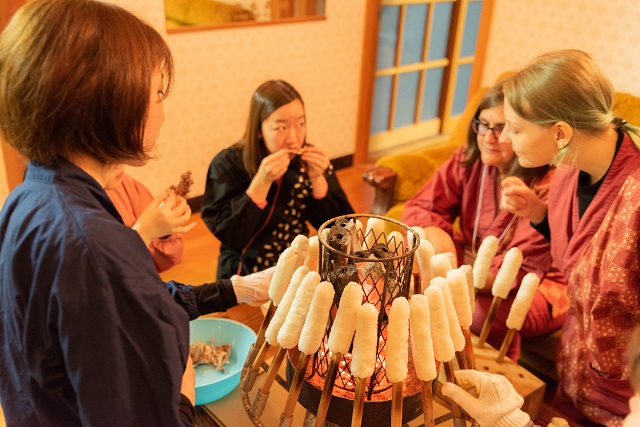 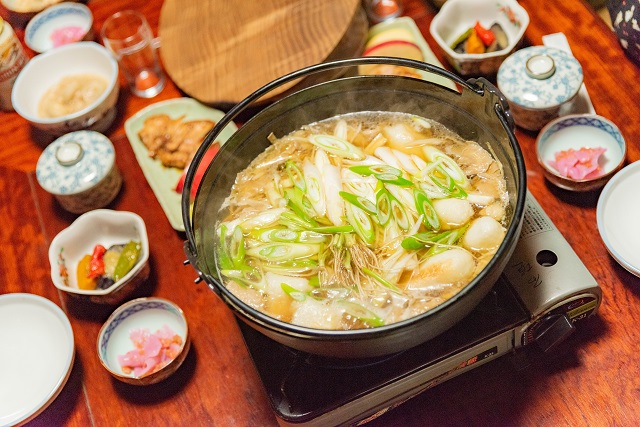 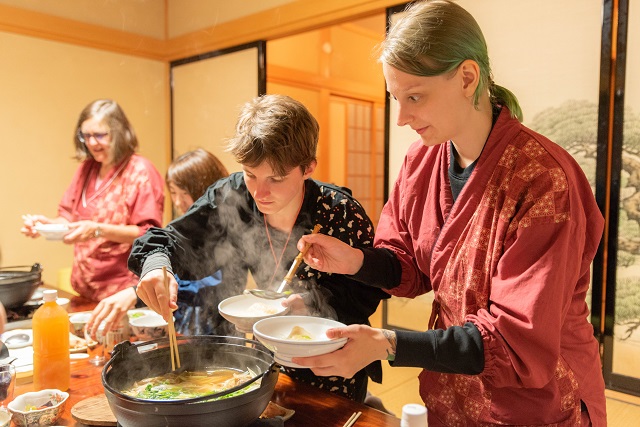 Although the origin of “kiritampo” has multiple hypotheses, the best-known one is that pasted rice on a stick which was originally eaten by farmers started to be called “tampo” since the shape looked like a “tampo spear” with a ball of cotton on the top, and then later tampo started being called “kiri-tampo” when it was cut (kiri) and put in a hot pod. There are still some other stories behind the origin of kiritampo but they all define kiritampo as a home cooking which was created among local farmers based on their life. Thus kiritampo reflects local habits and traditions in the area and that makes kiritampo very special to the area.

Although kiritampo has spread to many areas today and the ways to cook and to eat kiritampo became diverse, Odate is perceived as the authentic place for kiritampo. You may wonder if “authenticity” refers to a specific way to cook, but in Odate any types of kiritampo made in each house are actually regarded as the “authentic” ones. There are multiple ways to enjoy kiritampo such as how much you mash rice, how long you grill it and how you season it. The differences in the ways of cooking depending on a house are the best part of local cuisine.

Mrs. Ishigaki: "When we make kiritampo, we make steamed rice ‘half dead’. This is a bit scary way to describe, but this is actually the key to making good kiritampo." The description of “half dead” or “hangoroshi” in Japanese refers to a texture which remains the half grain of the rice. Hangoroshi is the texture just between steamed rice and mashed rice (mochi). You can feel these multiple textures of the rice at the same time when you eat it.

After putting the rice on a wooden stick, grill it in the traditional way. At Mrs. Ishigaki's house, kiritampo is eaten with spicy miso which was handmade by herself. Kiritampo is also good in a hot pot. The hot pot with kiritampo is called "kiritampo nabe.” A famous chicken in Odate, "hinai jidori" is also put in the soup. Because of this hot pot you can feel the attraction of Odate.

Mrs. Ishigaki: "I am so happy that other people enjoy what I naturally have been making and eating since I was young. Besides that, I would like them to experience local cooking and to know the culture in this area."

I think this season is the best time to eat food in Japan, because it’s very fresh and there is lot of variety of foods. And today we are trying a new recipe, now normally i don’t like “konnyaku” but this is a “Ume” plum flavoured “konnyaku”.It’s my first time. So from today, I will eat “konnyaku”, Happy to be here, eating delicious food. It was the best “kiritampo” i had ever eaten. Fresh rice and cooked on the fire irori.