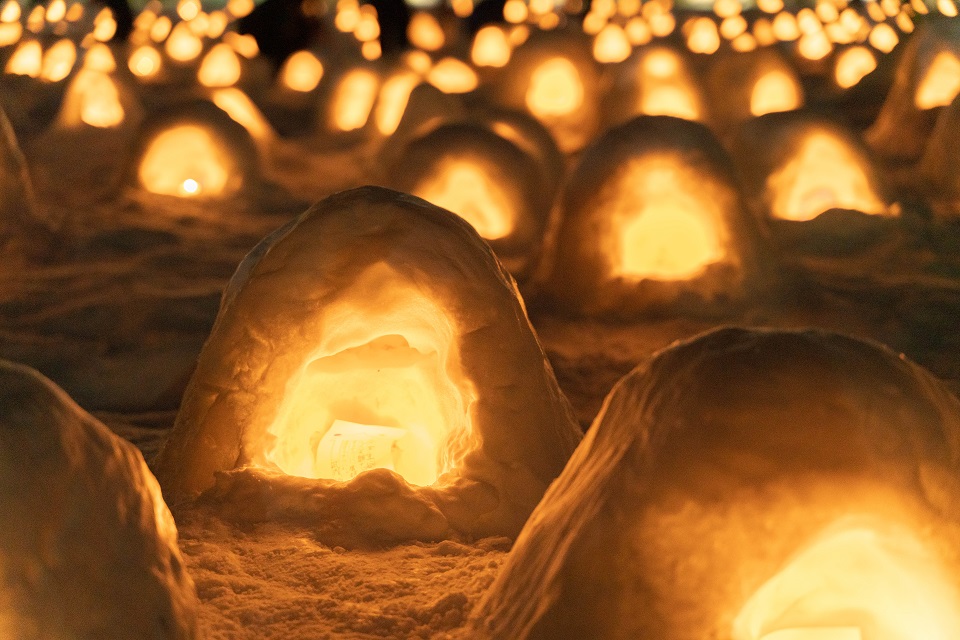 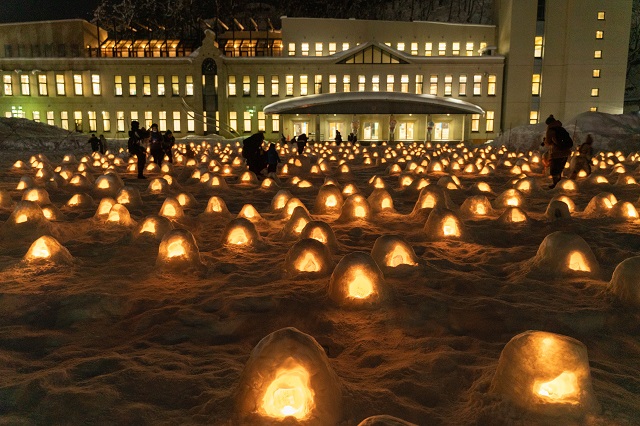 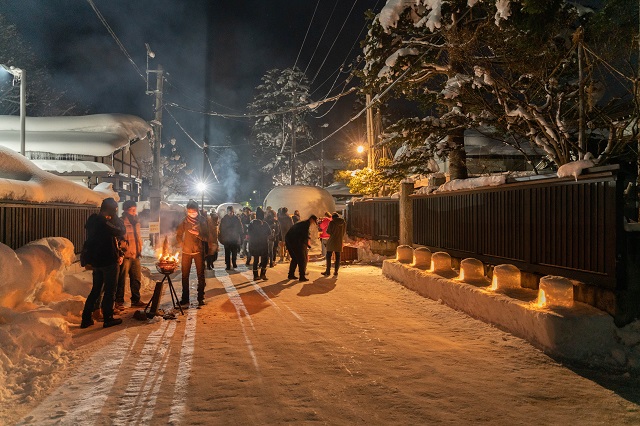 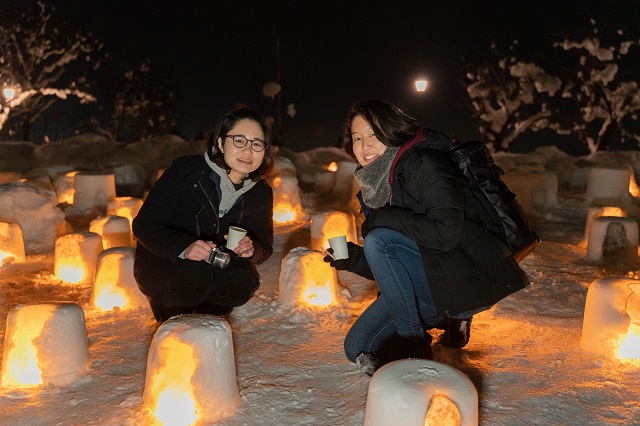 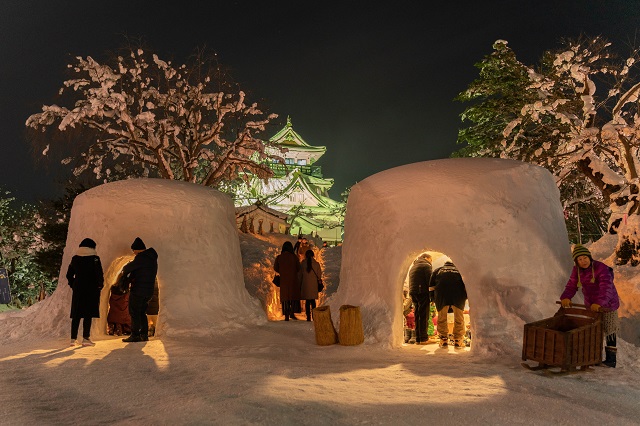 Making kamakura, a small house made only of snow, is one of the most popular ways to experience snow in Japan. In Yokote city, where kamakura is said to have originated, the "Yokote Snow Festival" is held every February and more than 100 kamakura are created in the city. In the kamakura, children sit around the charcoal stove and treat visitors to grilled rice cake and amazake. The inside of a kamakura seems to be cold, but actually it is much warmer than you would expect. Attracted by children's callings of “please come in!" you would be welcomed by a comforting space for both your mind and body. Besides the big kamakura that craftspeople created around the festival, a lot of mini-kamakura which are made by local elementary school children are displayed in rows. When the sky becomes dark, candles are lit inside of the mini-kamakuras, and it goes without saying that the fantastic view of the snow world unfolds before your eyes. Inside each mini-kamakura, there is a wish of a child who made the kamakura written on a piece of paper. It is quite interesting to look into each child’s innocent dreams and pure wishes inside the little kamakura.

Kamakura in Yokote is said to have a history of more than 450 years. In a snowy region, it might have just been a popular tradition to make kamakura for a long time, but inside the kamakura during this snow festival, the god of water is worshiped. The city once had a difficulty getting access to water. Therefore, people worship the god of water in appreciation. Some people say that “Kamikura,” which means house for God,became “Kamakura”. Also, samurai living in this city used to have a custom of burning New Year ornaments placed in a square box made of snow. There are several theories about the origin of the Kamakura, but the various ways of interaction between snow and the people in Yokote built the present kamakura culture.

Kamakura in Yokote has been changing little by little as time passes. Some people say that kamakura used to have a roof made of straw rather than snow. In recent years, kamakura have been made a little thinner due to the road environments. Also, the city started to transport snow from Yokote to other prefectures and craftspeople from Yokote began to create kamakuras there. Kamakura in Yokote tells us about the relationship between people and snow, which has lasted for a long time.

The Yokote festival was something that I had looked forward to for a long time. I had no idea of what a Kamakura was until I came to Akita and being able to experience them with local people was an incredible time. One group invited me and my friends to join them inside to have hot chocolate with them and we had a few good conversations. It always amazes me how welcoming and kind the people of Akita are, and I am very grateful to be given these opportunities.