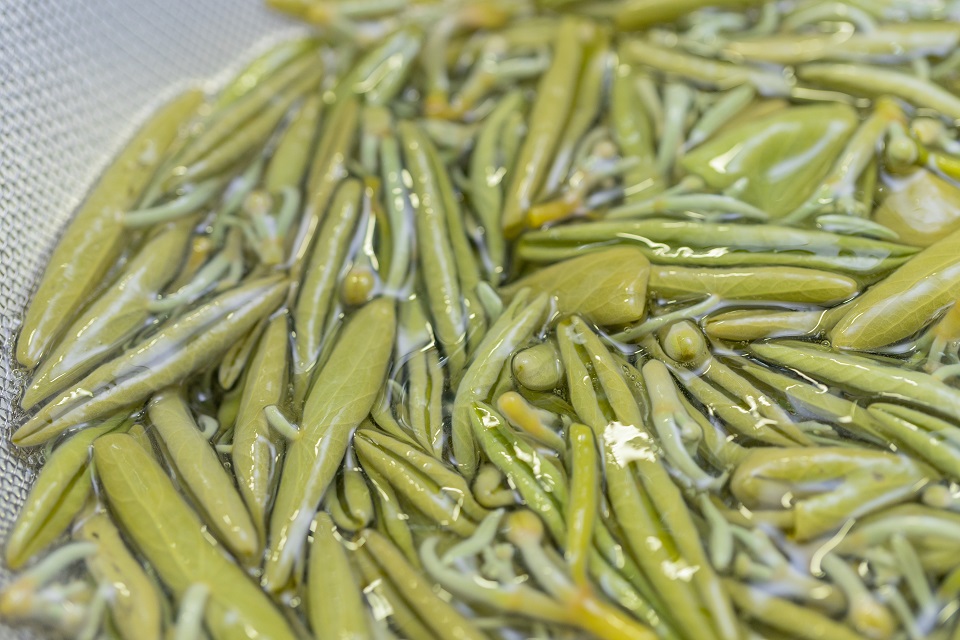 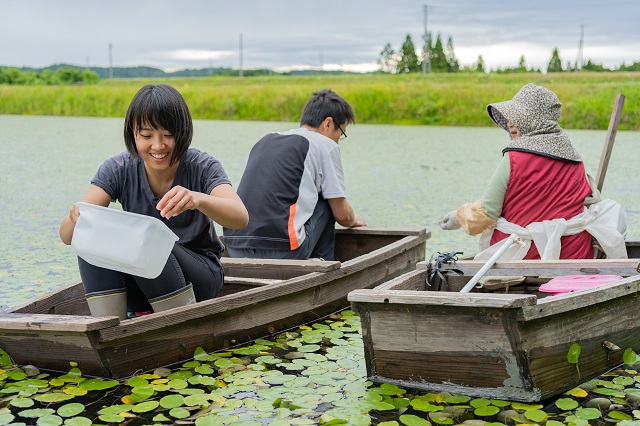 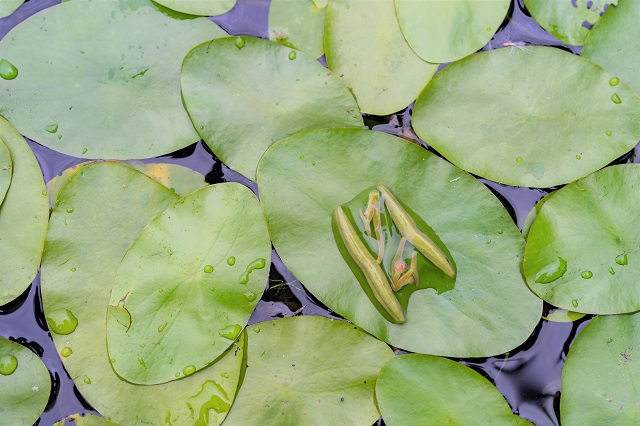 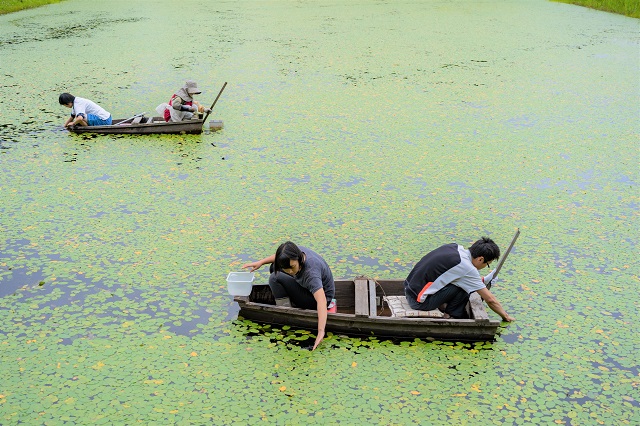 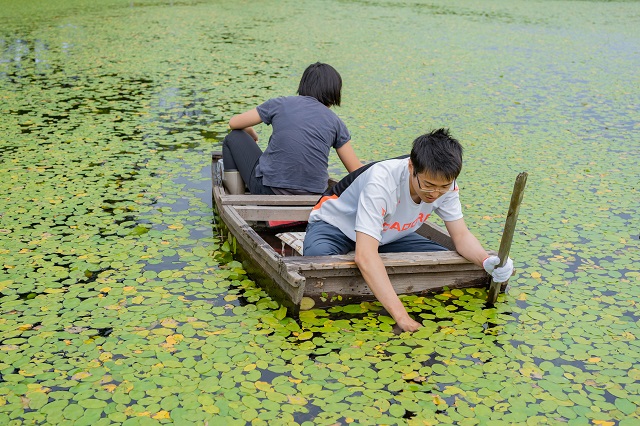 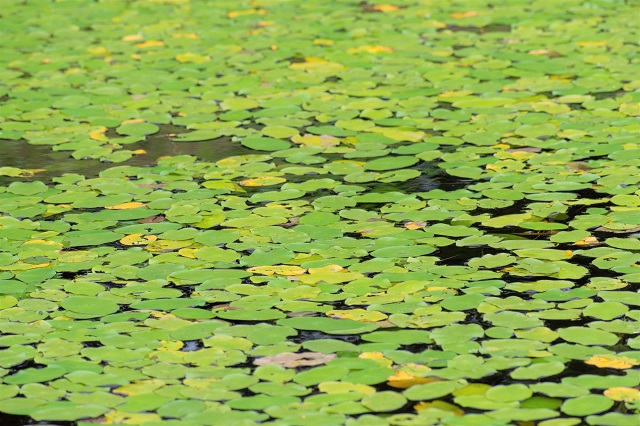 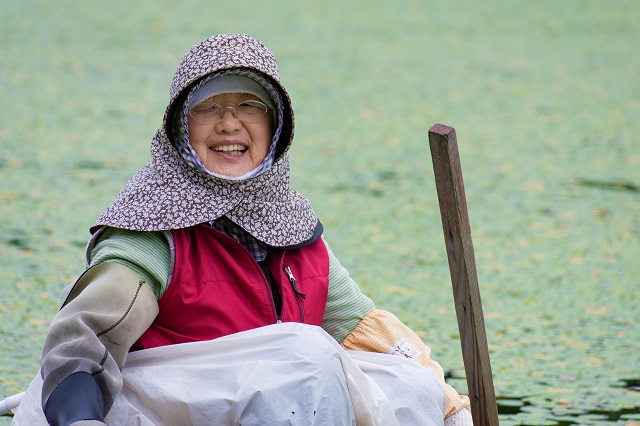 A jellylike vegetable shining emerald green, that is called "junsai" is a type of water plant that grows in the clean fresh water.

It sets its roots into the bottom of swamps and grows up toward the surface. The round-shaped leaves of junsai spread just like a "green carpet" on the water surface during the harvest season from spring to summer.

The edible part of a junsai plant is the sprout. When you push through the leaves of the junsai on the surface, a new sprout covered with jelly appears. The sprout looks shiny and green while reflecting in sunlight. That is why junsai is described as a naturally created shining jelly. You can enjoy the taste and texture of a fresh junsai with soy sauce or sour soy sauce.

Mitane in Akita is known as the best area in Japan when speaking of the amount of junsai produced. More than 90% of junsai eaten in Japan is produced in Mitane. Junsai in Mitane used to grow in the wild swamps, and the person who first harvested junsai by boat let people know junsai is an edible plant.

After local farmers started producing junsai by themselves, Mitane became famous as the best area in Japan for junsai.

"We use almost no chemical fertilizers, so our junsai is dependent on the weather and bugs. We would like to keep making healthy products even though it involves a tough process." -Mrs. Ishii

Junsai pickers are called "tsumiko." They use boats, and plants are gathered one by one by hand. Since junsai sprouts are hidden behind leaves, machines cannot be used. The harvest season of junsai is only for 4 months between May and August. Tsumiko stay on the boats all day when the harvest season comes.

"When we harvest junsai, we pick up a small sprout with a stem. We sometimes pick up a bud which also tastes good. Small and good-shaped sprouts of junsai are popular and expensive. Since what tastes best are the large ones, we also pick them for our meals." -Mrs.Ishii

Junsai, deliciousness in the swamp.
I often go to the mountain to harvest mountain vegetables after I moved to Akita, but it was a very first time for me to pick them up in a swamp. A local junsai farmer, I visited, instructed me how to ride a small boat for picking up junsai sprouts. I put off leaves on the water surface and tried to harvest new sprouts of Junsai hidden under the leaves. Although it was hard at first to pinch off the slimy sprouts, I gradually got used to and became really into harvesting junsai sprouts. It was a very fun experience.