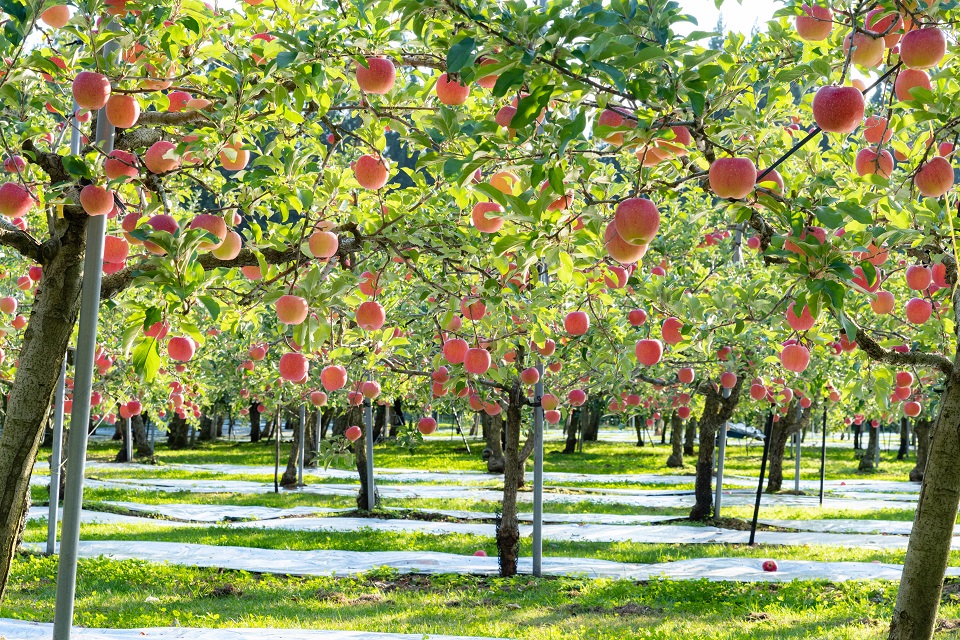 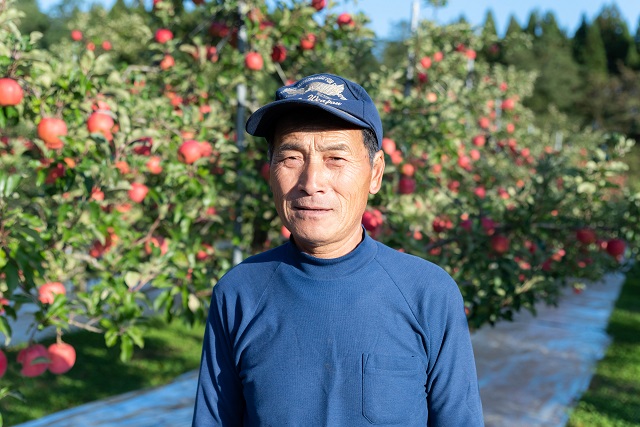 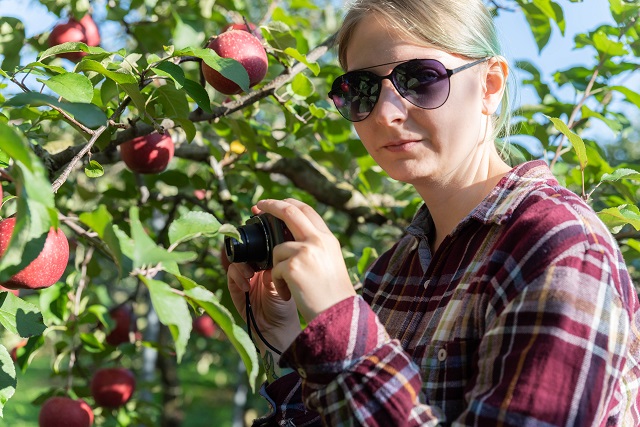 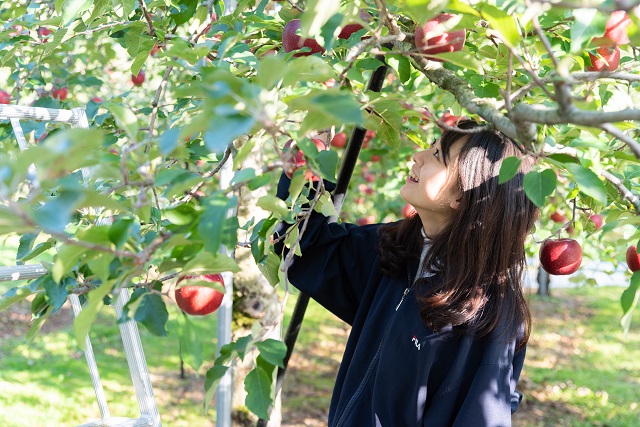 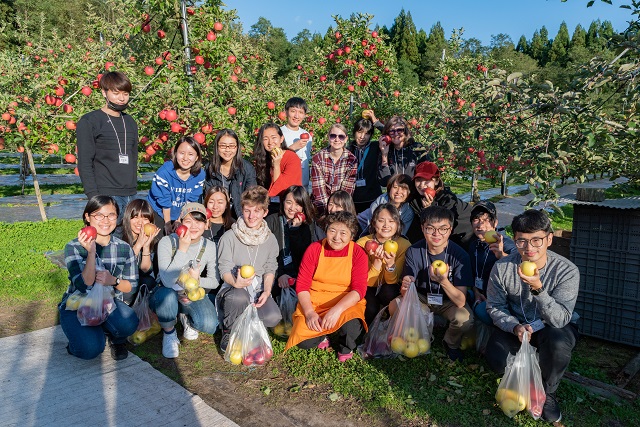 Since Nakayama (in Odate) had less-fertilized soil, people could not grow crops such as rice and vegetables. Soba was the only crop they could harvest, but it did not make enough money to live from. They started growing apples one day because they thought that they could grow apples without reducing the amount of soba they produced. Therefore it was very natural that soba grew at the bottom of apple trees in this area.

Wisdom among local people is accumulated upon their lives, and that creates the uniqueness of the area.

Today, Nakayama is well-known in Akita for producing apples. Mr. Ishigaki has been farming apples for 50 years since he started helping his father who began to the family farm.

Mr. Ishigaki has 600-700 ha of land, which is almost 150 times as large as the Tokyo Dome. He is growing more than twenty types of apples which have different harvest seasons. Among them is“Akita Beniakari” which won an award from the Minister of Agriculture in 2013, and was also nominated three times in a row. Akita Beniakariis now regarded as being in the Hall of Fame. Beniakari shining red is a hybrid of two types of apples:“Ourin” having strong sweetness, and “Chiaki” having a good texture. It also has star-shaped dots on the surface which is a sign of sweetness.

In last fall, they held a harvest event for college students in Akita. More than twenty participants joined the event and tasted various types of apples. While they were learning how to harvest apples and how to tell a good apple under the instruction of Mr. Ishigaki, they harvested “Shinano Gold” which has a flavor a bit like citrus and “Red Gold” which is sweet like nectar.

Mr. Ishigaki: “I sometimes have a bit tough time to accept visitors on multiple seasons in a year, but I feel very happy to hear them having fun with harvesting our apples. I would like more people to know about our apples.”

It’s really great, we don’t at least i don’t know any apple orchards this big ones in Finland, it’s so great and beautiful, and Apples are so delicious, and they are pretty and big.